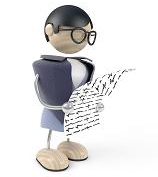 As part of a story on reducing sodium in your diet, Chef Tim took a trip to a local grocery store with Healthy Living Reporter Susan Campbell to discuss sodium content in prepackaged foods what to look out for. The following appeared on 21 WFMJ’s 6 PM broadcast on April 20, 2010.