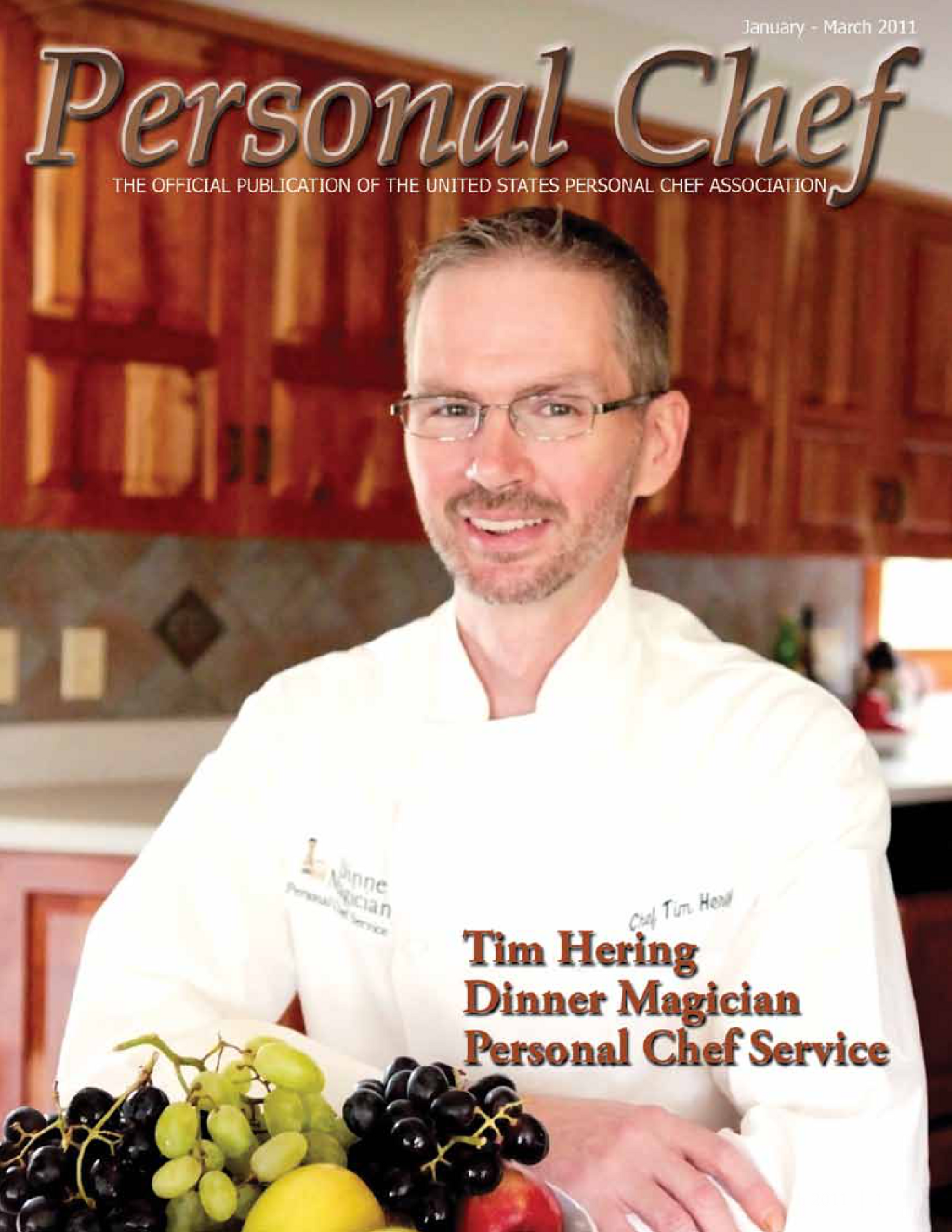 Chef Tim is the featured chef in the January – March 2011 edition of Personal Chef Magazine!

From dishwasher to head chef to soap maker to personal chef, Personal Chef Tim Hering has had a varied and eclectic career path. But no matter what he was doing, the kitchen and the opportunity to provide healthy, tasty food, always called to him.

Why Tim decided to become a Personal Chef

Of his experience prior to becoming a personal chef, Tim says, “I’ve almost always worked in restaurants. I started as a dishwasher when I was 13 in order to make money to go to summer camp and quickly became one of the cooks in that restaurant. I managed a variety of pizza places while in college, and while I love pizza, I’ve always loved to cook a wide variety of dishes. I attended the Pennsylvania Culinary Institute in 1999 and since then I’ve worked with various chefs in the Pittsburgh area in positions such as Roundsman, Kitchen Manager, and as Head Chef. At one point I developed a new breakfast and dinner menu for a pizza place that wanted to add a dining room and menu to their existing pizza and subs selection.”

Regarding sales and marketing experiences, Tim said, “I worked in telemarketing and tried my hand at working retail at Circuit City. I quickly realized that continuing to try to sell someone something after they said “no” was not something I was good at! While being a personal chef also involves sales and marketing, the difference now is that I truly believe in the value of what I do and am more willing to tell people all about it. Magazines and small electronics just didn’t do it for me.”

Click here for a pdf of the full article!

Click here for more photos from the photo shoots for the article!